AMERICA’S LANGUAGES Investing in Language Education for the 21st Century 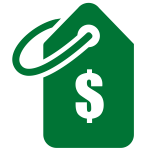 Free - Does not require an account/membership
Share this with colleagues from other fields, or with students to emphasize the importance of learning other languages and the opportunity they have to become future language educators.

How does language learning influence economic growth, cultural diplomacy, the productivity of future generations, and the fulfillment of all Americans? What actions should the nation take to ensure excellence in all languages as well as international education and research, including how we may more effectively use current resources to advance language attainment?

The excerpts below are just a few of the reason to support and promote language learning programs. Excerpts are from the AMERICA’S LANGUAGES Investing in Language Education for the 21st Century report from the Commission on Language Learning at the American Academy of Arts and Sciences. Click HERE to obtain a copy of the report and related information.

“Almost 30 percent of the U.S. business executives who participated in a 2014 Coalition for International Education commissioned study reported missed opportunities abroad due to a lack of on-staff language skills, and nearly 40 percent reported that they had failed to reach their international potential due to language barriers. Business leaders are beginning to recognize that they are missing opportunities at home as well, especially in negotiations to attract foreign direct investment in the U.S. workforce, nearly 70 percent of which was channeled to the manufacturing sector in 2015. Several U.S. cities associated with the Brookings Institution’s Global Cities Initiative are now examining the strategic value of local language capacities in attracting such investment, and researchers are now finding evidence that businesses across the country will offer higher salaries to bilingual employees.”

For science and technology: